Meet Inspiring Speakers and Experts at our 3000+ Global Events with over 1000+ Conferences, 1000+ Symposiums and 1000+ Workshops on Medical, Pharma, Engineering, Science, Technology and Business.

Unique Opportunity! Online visibility to the Speakers and Experts

On this well suited event, Conference Series welcomes the members from everywhere throughout the globe to partake in the 4th International Conference on Astronomy and Space Technology during May 20-21, 2020.

Astronomy 2020 is trending under the theme “Astronomy and Space Technology in the time of Covid-19” which brings together leading scientists, professors, engineers, researchers, scholars, students and market leaders from all areas of Physics, Chemistry, Mathematics, Computer Science, Geology and Biology etc.

Astronomy is one of the oldest fields of science. It deals with the study of Universe and of the objects like sun, moon, stars, planets, comets, gas, galaxies, gas, dust and other non-earthy bodies. It is also a multidisciplinary subject that deals with the study of science with physics, chemistry, mathematics, computer science, geology and biology. Astronomy is necessarily an observational science rather than an experimental one. The discussions and interpretation of observations employ the use of mathematical analysis, often of the most advanced type.

The remarkable development in space technology and its application during the last three decades have firmly established its immense potential for the development of the human society as a whole.

Space platforms are now being extensively used for reaching global communication even into remote rural areas, for worldwide monitoring of weather and for conservation, monitoring and management of natural resources thus significantly contributing to the development of human society.

Astrophysics is the branch of astronomy that deals with the physics of the universe, especially with “the nature of the heavenly bodies, rather than their positions or motions in space”. Among the objects studied are galaxies, stars, planets, extrasolar planets, the interstellar medium and the cosmic microwave background. Their emissions are examined across all parts of the electromagnetic spectrum, and the properties examined include luminosity, density, temperature, and chemical composition. Because astrophysics is a very broad subject, astrophysicists typically apply many disciplines of physics, including mechanics, electromagnetism, statistical mechanics, thermodynamics, quantum mechanics, relativity, nuclear and particle physics, and atomic and molecular physics.

Astrochemistry is the study of the abundance and reactions of molecules in the Universe, and their interaction with radiation. The discipline is an overlap of astronomy and chemistry. The word "astrochemistry" may be applied to both the solar system and the interstellar medium.

Astrochemistry is an interdisciplinary area of knowledge at the intersection between chemistry and astronomy.  As a few examples, topics of active research in this area include identifying organic molecules in interstellar space, building models of the chemical reactions that occur in interstellar space, laboratory measurements of astronomically important molecules, searching for Earthlike planets using molecular signatures, and understanding the contributions of interstellar molecules to the chemical origin of life.

Astrobiology is the study of life in the universe. The search for life beyond the Earth requires an understanding of life, and the nature of the environments that support it, as well as planetary, planetary system and stellar interactions and processes. To provide this understanding, astrobiology combines the knowledge and techniques from many fields, including astronomy, biology, chemistry, geology, atmospheric science, oceanography and aeronautical engineering.

Astrometry is the branch of astronomy that involves precise measurements of the positions and movements of stars and other celestial bodies. The information obtained by astrometric measurements provides information on the kinematics and physical origin of the solar system and our galaxy, the Milky Way.

Cosmochemistry or chemical cosmology is the study of the chemical composition of matter in the universe and the processes that led to those compositions. This is done primarily through the study of the chemical composition of meteorites and other physical samples. Given that the asteroid parent bodies of meteorites were some of the first solid material to condense from the early solar nebula, cosmochemists are generally, but not exclusively, concerned with the objects contained within the solar system.

​​Research in the galactic astronomy unit focuses on astrophysical processes in our own Milky Way. It covers topics from planetary atmospheres, through the early evolution of stars and planets, to exoplanets and the late stages of stellar evolution. For example, the physics and chemistry of interstellar and circumstellar matter, and the processes governing the birth and death of stars. Observations across the electromagnetic spectrum, and do theoretical research and magnetohydrodynamical modeling of star-forming gas clouds and stellar outflows.

Physical cosmology is a branch of cosmology concerned with the studies of the largest-scale structures and dynamics of the universe and with fundamental questions about its origin, structure, evolution, and ultimate fate.

Planetary science (rarely planetology) is the scientific study of planets (including Earth), moons, and planetary systems, in particular those of the Solar System and the processes that form them. It studies objects ranging in size from micrometeoroids to gas giants, aiming to determine their composition, dynamics, formation, interrelations and history. It is a strongly interdisciplinary field, originally growing from astronomy and earth science, but which now incorporates many disciplines, including planetary astronomy, planetary geology (together with geochemistry and geophysics), atmospheric science, oceanography, hydrology, theoretical planetary science, glaciology, and the study of extrasolar planets. Allied disciplines include space physics, when concerned with the effects of the Sun on the bodies of the Solar System, and astrobiology.

The Sun, or Sol, is the star at the center of the Solar System. It is a nearly perfect sphere of hot plasma, with internal convective motion that generates a magnetic field via a dynamo process.

Stellar astronomy is the study of the sun and the stars: what they are, how they move, and how they are born, live, and die. The major challenge of this field is the staggering distance to even the closest stars. Scientists had great difficulty understanding stars without being able to touch them and experiment upon them. This difficulty required radical, creative thinking and a constant willingness to embrace new ideas and techniques.

Space technology is technology developed by space science or the aerospace industry for use in spaceflight, satellites, or space exploration. Space technology includes spacecraft, satellites, space stations, and support infrastructure, equipment, and procedures. Space is such a novel environment that attempting to work in it requires new tools and techniques. Many common everyday services such as weather forecasting, remote sensing, GPS systems, satellite television, and some long-distance communications systems critically rely on space infrastructure.

Space weather refers to the environmental conditions in Earth's magnetosphere, ionosphere and thermosphere due to the Sun and the solar wind that can influence the functioning and reliability of space borne and ground-based systems and services or endanger property or human health.

Space weather deals with phenomena involving ambient plasma, magnetic fields, radiation, particle flows in space and how these phenomena may influence man-made systems. In addition to the Sun, non-solar sources such as galactic cosmic rays can be considered as space weather since they alter space environment conditions near the Earth.

Electromagnetic radiation is a form of energy that is all around us and takes many forms, such as radio waves, microwaves, X-rays and gamma rays. Sunlight is also a form of EM energy, but visible light is only a small portion of the EM spectrum, which contains a broad range of electromagnetic wavelengths.

In addition to Sessions/Tracks, papers dealing with new areas of science and technology that fit the broad scope and objectives of the Conference are encouraged.

According to latest report, Prospects for Space Exploration, global government investment in space exploration totaled $14.6 billion in 2017, a 6% increase compared to 2016. Fifteen leading space programs worldwide are estimated to contribute to this global investment, with the U.S. accounting for 74% of the total. Global expenditures have grown in the past five years driven by programs in leading countries and new countries investing in space exploration. In a still constrained budgetary environment, global space budgets for space exploration are expected to grow to over $20 billion by 2027.

At $7.7 billion in 2017, transportation is the largest expenditure area; it is forecasted to reach nearly $9 billion in 2027 supported by significant investments from multiple countries and particularly in the U.S. and China to support the development of next generation crew and/or cargo vehicles for LEO and beyond-LEO activities. Orbital Infrastructure is the second-largest application with $3.5 billion in 2017, an investment which has been stable over the past five years. Funding should continue to grow, driven by investments in the ISS program and increasing funding for the development of the Lunar Orbital Platform-Gateway by ISS partners as well as China’s investment in its space station.

Moon exploration, which has received modest investment in the past five years, should experience sustained growth, reaching $2.8 billion by 2027 to support ambitious government missions and commercial partnership programs as Moon exploration becomes a central item in the exploration strategy of most agencies moving forward.

Mars exploration budgets grew to $1.5 billion in 2017; investment is expected to peak in 2018 as four missions are set for launch in 2020. After a cyclical downturn, new investment cycles to support planned missions might increase funding again to reach $1.3 billion in 2027.

Other deep space exploration programs reached $1.4 billion in 2017; global funding should reach $1.8 billion by 2021 to support the development of multiple planned missions in the middle and end of the decade.

Over the past ten years, 19 planetary exploration missions were launched by six countries/agencies (the U.S., ESA, Russia, Japan, China, and India). Over the next decade nearly 80 missions are expected to be launched, of which 63% will correspond to government missions. The next decade will also see the rise of commercial exploration initiatives, with close to 30 commercial missions forecasted by 2027, primarily driven by lunar initiatives. In terms of application, Moon exploration is expected to account for the majority of missions (64% of the total) to be launched by 2027, as lunar exploration becomes the focus in the strategy of private and public stakeholders. A total of 18 missions are anticipated to be launched for other deep space exploration, while the remaining missions will be dedicated to Mars exploration.

3rd International Conference on Astronomy and Space Science was hosted by the Conference Series LLC Ltd at London, UK during May 02 -03, 2019 with the theme “Exploring the Energetic Universe”.

The conference marked its start by an opening ceremony which included introduction by the Honorable Guests and the Members of Keynote Forum. All the speakers have extended their contribution in the form of highly informative presentations to lead the conference to the ladder of success.

We would like to specially thank the following people who laid the foundation for the event’s success.

After the huge optimistic response from scientific fraternity, renowned personalities and the Editorial Board Members of Conference Series from across the world. We are pleased to announce the 4th International Conference on Astronomy and Space Technology to be held during May 20-21, 2020.

To Collaborate Scientific Professionals around the World

Abstracts will be provided with Digital Object Identifier by

Universal acclaim based on
8960 Ratings 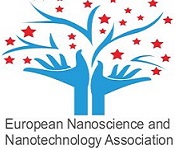